The French-Italian coproduction 'Stavisky' is released in France on 15 May 1974. The film is based on the life of the financier and embezzler Serge Alexandre Stavisky and the circumstances leading to his mysterious death in 1934. This led to a political scandal in France known as the Stavisky Affair. It resulted with the resignation of two prime ministers and a change of government.

The film is directed by Alain Resnais and stars Jean-Paul Belmondo as Stavisky and Anny Duperey as his beautiful wife Arlette. The musical score is written by Stephen Sondheim.

Synopsis
With his irresistible charm and talent Serge Alexandre alias Stavisky (Jean-Paul Belmondo), small-time swindler, makes friends with influential members of the French industrial and political elite during the early 1930s. But when his great scam involving hundreds millions of francs gets exposed it results in an unprecedented scandal...
﻿
Main Cast
Awards 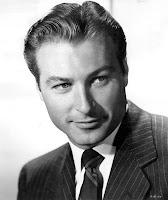 May, 11, 1973, Lex Barker, the American film star best known as the screen's eleventh Tarzan, has collapsed and died of a heart attack in a Manhattan street at the age of 53. Barker, whose full name was Alexander Crichlow Barker, was born in New York family and after a university education became a stage actor for some years before joining the United States Army in 1941. He served throughout the Second World War and rose in rank from private to major.
After the war he went to Hollywood and appeared in several films, including Edward Dmytryck's famous racial thriller, "Crossfire", before the producer of the Tarzan films Sol Lessor signed him up for the series in succession to the former Olympic swimming star, Johnny Weissmuller, Barker began with "Tarzan's Magic Fountain" in 1948 and with his blond good looks and splendid physique appeared to be a natural choice for the part. But his reign as Tarzan lasted for only four years and five films and after making "Tarzan and She-Devil" he was replaced by Gordon Scott.
During the 1960s he had success in German and Italian made films. In Italy, he had a short but compelling role as Anita Ekberg's fiancé in Federico Fellini's “La Dolce Vita” (1960). In Germany, he had his greatest success. He starred in two movies based on the "Doctor Mabuse" stories (formerly filmed by Fritz Lang), in the movies “Frauenarzt Dr. Sibelius” and “Frühstück im Doppelbett”, and in 13 movies based on novels by German author Karl May (1842–1912), playing such well-known May characters as Old Shatterhand, Kara Ben Nemsi, and Dr. Sternau.
﻿
Barker was married five times: