The British film “Fahrenheit 451” is released 16 September 1966. The science fiction drama is directed by French cineast François Truffaut, starring Oskar Werner, Julie Christie in a dual role, and Cyril Cusack. The script is based on the 1953 novel of the same name by Ray Bradbury. This was Truffaut's first color film and the only English-language film he ever directed. The film was nominated for the Golden Lion at the 1966 Venice Film Festival.

Synopsis
In the near future, Guy Montag (Oskar Werner) is a firefighter who lives in a lonely, isolated society where books have been outlawed by a government fearing an independent-thinking public. The duty of the firefighters is to burn all books on sight that have been reported by informants. All people are drugged into obedience by reality television broadcasts on wall-length screens...
Trivia
Main Cast 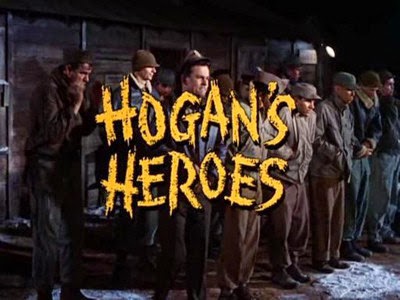 On 17 September 1965 the American television series "Hogan's Heroes" premieres on the CBS Network. The sitcom is set in a German prisoner of war camp (Stalag 13) during World War II and ran for 168 episodes from 1965 to 1971. Main stars are Bob Crane as Colonel Robert E. Hogan, coordinating an international crew of prisoners from the camp, Werner Klemperer as Colonel Wilhelm Klink, the commandant of the camp, and John Banner as Hans Schultz. The theme music was composed by Jerry Fielding. The series was created by Bernard Fein and Albert S. Ruddy.
Synopsis
US Colonel Hogan leads an international team of POW's in Germany. The Germans give Hogan and his crew plenty of opportunities to sabotage their war plans. Camp commandant Colonel Klink is more concerned with having everything run smoothly and avoiding any trouble with his superiors than keeping an eye on the prisoners...
Trivia
Main Cast
Awards

In 1964 Italian car maker Fiat introduced the Fiat 850, a small rear-engined rear-wheel drive car designed by Giorgetto Giugiaro, as a successor to the very popular Fiat 600.

The engine bas based on that of the Fiat 600 with an increased capacity to 843 cc. Initially two sedan versions were available: "normale" with a 25 kW engine and "super" with a 28 kW engine. The maximum speed was approximately 125 km/h. At the same time Fiat also introduced the Familiare as a successor to the Fiat 600 Multipla. It featured space for seven passengers in three seat rows.
In 1965 Fiat introduced the 850 Coupé on the Geneva Motor Show with the 843 cc engine tuned to produce 35 kW and a maximum speed of 135 km/h. At the same time the Bertone designed Spider was introduced with the 843 cc engine tuned to produce 37 kW allowing a top speed of 145 km/h.
The Fiat 850 Special, a revised version of the 850 sedan was launched in 1968. It shared the 35 kW engine of the 850 Coupé featuring front disc brakes, a sport steering wheel and updated trim. The Spider and Coupé were also revised as the Sport Spider and Sport Coupé with a stronger engine with 903 cc and 39 kW.
Production ended in 1973 when the 850 was succeeded by Fiat 127 and the Seat 133 (in some countries Fiat 133). The 850 Familiare continued in production till 1976 when it was replaced by the similar Fiat 900T.