On September 17, 1961, the American sitcom “Car 54, Where Are You?” premieres on the NBC network. The series was created and produced by Nat Hiken. Main directors were Nat Hiken (21 episodes), Al De Caprio (20 episodes) and Stanley Prager (20 episodes). The leading roles, Gunther Toody and Francis Muldoon, were played respectively by Joe E. Ross and Fred Gwynne. Between 1961 and 1963 a total of 60 episodes were filmed on location or at Biograph Studios in The Bronx, New York.

The French-Italian coproduction "Plein soleil" (English: "Purple Noon", Italian: "Delitto in pieno sole") premieres on 10 March 1960 in France. The thriller, based on the 1955 novel "The Talented Mr. Ripley" by Patricia Highsmith, is directed by René Clément. The main cast includes Alain Delon as Tom Ripley, Maurice Ronet as Philippe Greenleaf and Marie Laforêt as Marge Duval. The music is written by Italian composer Nino Rota.

Trivia
Romy Schneider, Alain Delon's girlfriend at the time, appears briefly in an uncredited role as a friend of Freddie Miles.
Synopsis
Tom Ripley (Alain Delon) is sent to Italy by Mr. Greenleaf to fetch his spoiled playboy son, Philippe (Maurice Ronet), and bring him back home to the States to take over his father's business. Philippe intends to do no such thing...
Main cast 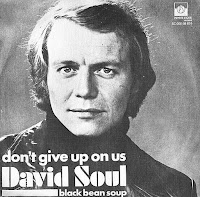 In 1977 American-British singer David Soul scores with the hit single "Dont Give Up On Us". Soul, famous for his role in the Police television series "Starsky and Hutch", returned with this debut single to his earlier career as a singer. The song was written and produced by Tony Macaulay. The song on the B-side, "Black Bean Soup", was a duet song with his then girlfriend actress Lynne Marta.

"Dont Give Up On Us" reached number one in Australia, Canada, Ireland, New Zealand, UK and US. It was the only top 1 hit scored by David Soul. The song was covered by Owen Wilson, Johnny Mathis, The Nolan Sisters and Donny Osmond.

Video: David Soul with "Don't Give Up On Us" 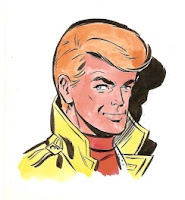 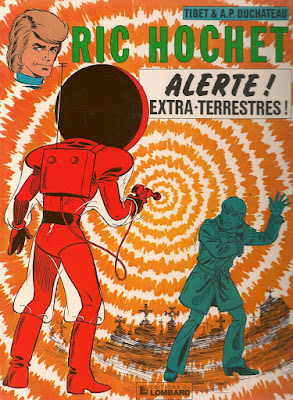