In September 1961 Volkswagen introduces at the Frankfurt Auto Show the new VW 1500 Karmann Ghia, internally coded as the Type 34. The car is based on the new Type 3 platform with the new 1500cc engine, and styling by Italian designer Sergio Sartorelli at Ghia.

There are some similar styling influences between the Karmann Ghia Type 14 and Type 34, the main difference is the chassis between the cars; the Type 14 shares its chassis with the Beetle (Type 1), whereas the Type 34 body is mounted on the Type 3 chassis. The Type 34 Karmann Ghia has four lights in front with a sweeping frontal line that wrapped along the sides toward the rear. The rear has round taillights and a flat vertical panel.
At the time the Type 34 was the flagship model of the entire VW line, it was the most expensive, the fastest, and the most luxurious. The Type 34 was fitted standard with fog lights, cigar lighter, electric clock, locking steering column, front & rear vent windows, variable wiper controls, and luxurious interior accommodations. It was the only VW with the option of an electrically operated steel sliding sunroof.
A Type 34 cabriolet was designed and ready for mass production but Karmann could not produce the Cabriolets at a cost that would be competitive with the market. There were structural problems that required extensive modifications, which would increase the selling price dramatically. VW decided to shelve the cabriolet in 1962.
During its production some changes were made. All 1962 - 1963 models had a 1500cc engine and a single side draft carburetor. The 1964 - 1965 models had the same 1500cc engine but with a dual carburator and dome topped pistons ("1500 S" models). Models for 1966 were fitted with the new 1600cc dual carburetor engine. From 1967 to 1969 all models featured the new 12 Volt electrical system with the 1600cc dual carb engine.
The Type 34 was built from September 1961 through July 1969. There were a total of 42,505 Coupes built, all at the Karmann factory in Osnabruck, Germany. It was replaced by the VW-Porsche 914 in 1969. 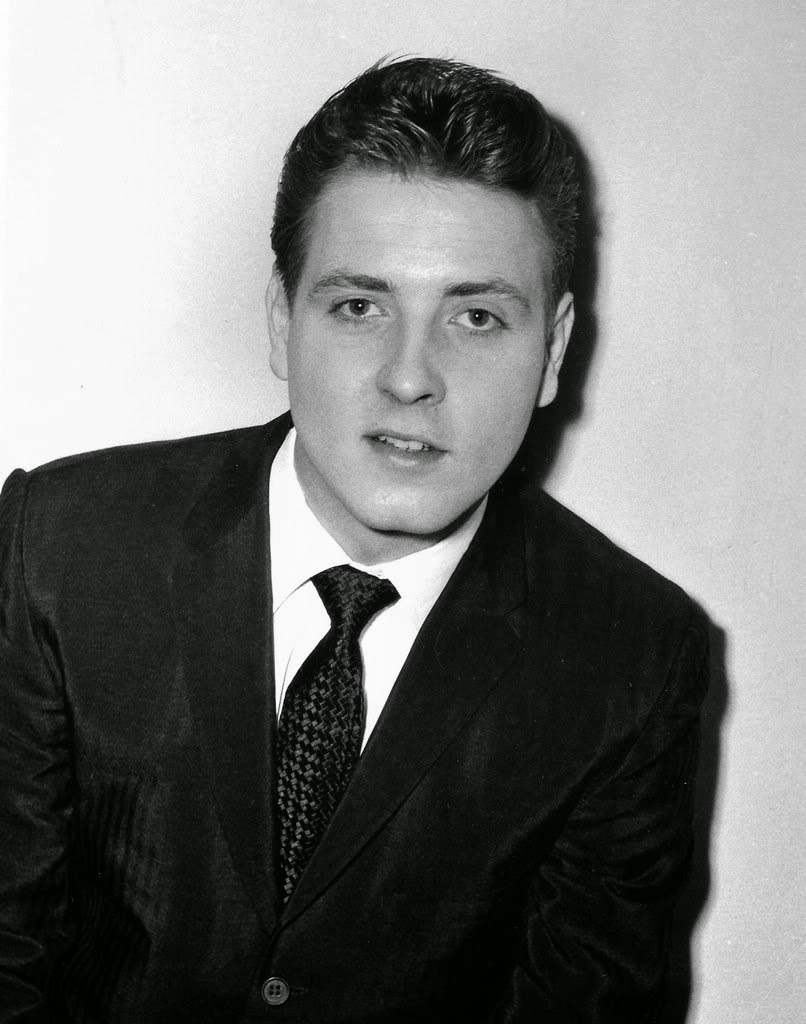 American rock'n'roll star Eddie Cochran dies, at the age of 21, in the afternoon of Easter Sunday 17 April 1960 at the St. Martin's Hospital in Bath. His death came as a result of injuries sustained in a car crash just outside Chippenham, on Saturday, April 16, 1960, at about 11.50 p.m.

At the end of a successful UK tour Eddie Cochran together with his girlfriend songwriter Sharon Sheeley, Gene Vincent and their tour-manager Pat Thompkins were heading to London from Bristol in a Ford Consul taxi driven by George Martin. The driver lost control on a bend at Rowden Hill in Chippenham and spun backwards into a concrete lamp post. Cochran, who was seated in the center of the back seat, threw himself over his fiancée Sharon Sheeley, to shield her, and was thrown out of the car when the door flew open. The driver and Pat Thompkins were able to walk away from the wreckage uninjured. Sharon Sheeley and singer Gene Vincent survived the crash, Vincent sustaining lasting injuries to an already permanently damaged leg that would shorten his career and affect him for the rest of his life. The taxi driver, George Martin, was convicted of dangerous driving, fined £50, disqualified from driving for 15 years.
Born as Edward Raymond Cochran on 3 October 1938 in Albert Lea, Minnesota, Eddie moved with his family to Bell Gardens, California in 1953. From an early age on he was involved with music, playing in the school band and teaching himself to play the guitar. In 1955 he formed a duet with the guitarist Hank Cochran but they split the following year. Cochran began a song-writing career with Jerry Capehart. In July 1956, Eddie Cochran's first solo single “Skinny Jim” was released. His first success came with the song "Twenty Flight Rock" in the film “The Girl Can't Help It” with Jayne Mansfield. In 1957 Cochran starred in his second film “Untamed Youth” with his first hit "Sittin' in the Balcony".
In 1958 he scored with the influential song "Summertime Blues", written together with Jerry Capehart. Cochran's brief career included only a few more hits, such as "C'mon, Everybody", "Somethin' Else", "Teenage Heaven", and "Three Steps to Heaven." Eddie Cochran remained popular in the UK throughout the 1960s and scored posthumous hits such as "My Way", "Weekend" and "Nervous Breakdown".
Eddie Cochran's body was flown home and his remains were buried on April 25, 1960, at Forest Lawn Memorial Park in Cypress, California.

The pilot episode of the BBC television sitcom "Come Back Mrs. Noah" premieres on 13 December 1977. The series, written by Jeremy Lloyd and David Croft and directed by Bob Spiers, stars Mollie Sugden as Mrs. Gertrude Noah. After the pilot five episodes were broadcasted in 1978 (17 July 1978 - 14 August 1978). Lloyd and Croft already wrote together the successful sitcom "Are You Being Served?" in 1972 and in 1982 they worked on one of the most popular British sitcoms "'Allo 'Allo!".

Synopsis
In 2050 British housewife Gertrude Noah (Molly Sugden) wins a visit on the "Britannia Seven", the UK's new Space Exploration Vehicle. On Wednesday 22 June 2050 the spacecraft accidentally blasts off into space with Mrs Noah and a small crew onboard...
Main Cast 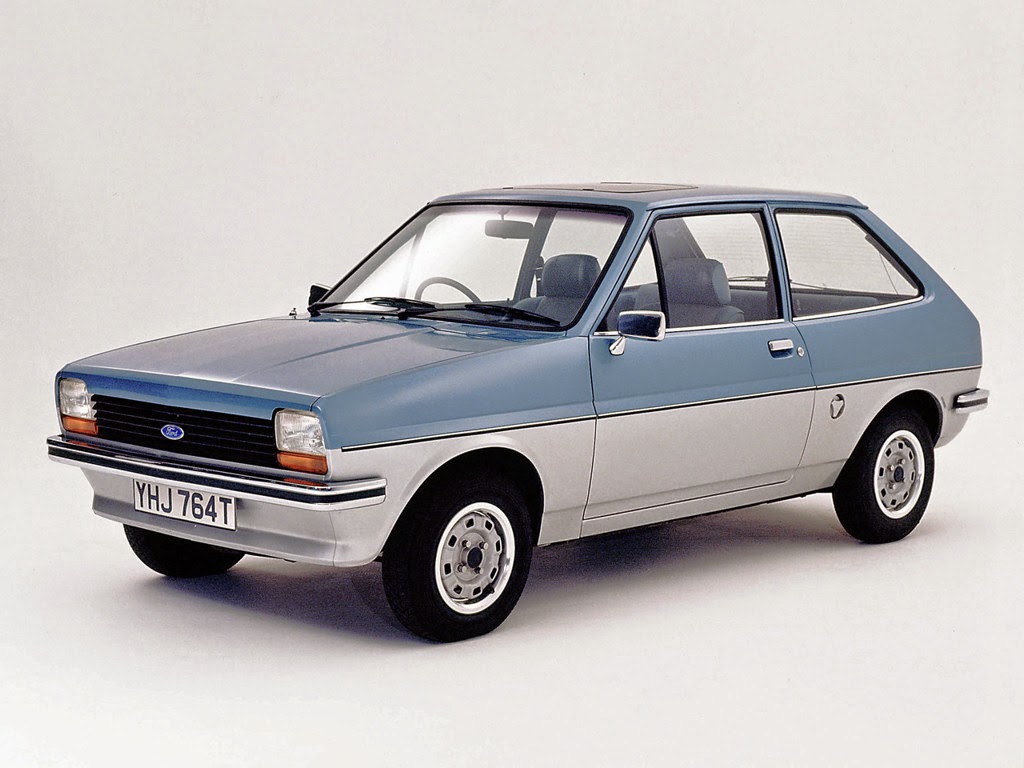 On 18 October 1976 Ford of Europe officially launches the volume production of the new Ford Fiesta at its Valencia plant in Spain.

Development of the new small car started in September 1972. Several design proposals were named Iris, Beta, The Deutschlander (Ford Cologne), Mini-Mite (Ford of Britain), and the Blue Car (Carrozzeria Ghia SpA, Turin, Italy). Codenames for the Fiesta prototype included Torino, but it became Project Bobcat. The approved design came from Tom Tjaarda at Ghia. Some of the proposed names for the new car included Amigo, Bambi, Bebe, Bravo, Bolero, Cherie, Tempo, Chico, Fiesta, Forito, Metro, Pony and Sierra. Despite more board votes for "Bravo", Henry Ford II personally overruled them and named the car "Fiesta". The Ford Fiesta was launched in France and Germany in September 1976 and in January 1977 in the UK.
The front-wheel drive car had a four-speed manual transmission with an updated version the Ford Kent OHV engine (introduced in the 1959 Ford Anglia), named "Valencia" after the new Spanish factory in Almussafes, Valencia. The Fiesta was also produced in Dagenham, England, and Saarlouis and Cologne (from 1979) in Germany. The car was initially available with the Valencia 957 cc (30 kW) and the 1,117 cc (63 kW) engine in Base, Popular, L, GL (from 1978 onward), Ghia and S trim, as well as a panel van. The U.S. Mark I Fiesta (1978-1980) built in Cologne, Germany, featured the more powerful 1,596 cc engine.
In 1980 a more sporty version (1.3 L Supersport) was available in Europe, using the 1.3 L Kent Crossflow engine. The similar XR2 was introduced a year later, which featured a 1.6 L engine. In 1981 the car received a mild facelift with larger bumpers and it was replaced by the Fiesta Mark II towards the end of the summer of 1983.

The French-Italian coproduction "Zorro" premieres on 6 March 1975 in Italy. The film, based on the character created by Johnston McCulley, is directed by Duccio Tessari. The main cast includes Alain Delon as Diego de la Vega/Zorro, Stanley Baker as Colonel Huerta and Moustache as Sergeant García. It was one of the last feature films of Welsh actor Stanley Baker (1928 – 1976).

Synopsis
On the eve of his return to Spain, Diego de la Vega (Alain Delon) meets his old friend Miguel de la Serna (Marino Masé). Miguel will take up the governorship of Nueva Aragón after the death of his uncle Don Fernando... 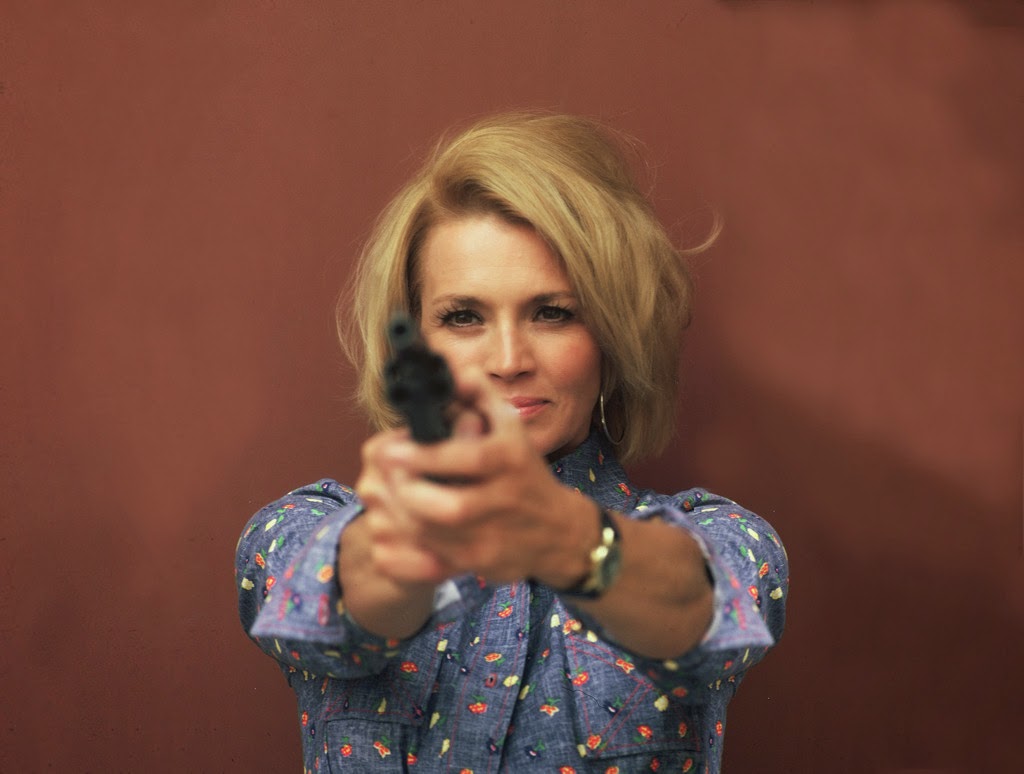