The series features Sophie, an eleven year old dark-haired girl, created by her father Mr. Karapolie (French: Karamazout) after the famous English saying where girls are made of: “Sugar and spice and everything nice”. She wears her long hair in two pigtails and she has an extensive wardrobe. Unlike many comic characters Sophie almost never wears the same outfit. Other characters are Mr. Karapolie, the father of Sophie and electrical engineer by profession. Starter a mechanic, he also tests vehicles for Spirou/Robbedoes. Pieters (French: Pipette), the best friend of Starter, is also working for Spirou/Robbedoes as a tester. Jozef (French: Joseph) is the butler of Sophie and her father, he cooks and maintains the house. Bertje (French: petit Bernard) is Sophies best friend. Zoef (French: Zoë), a black old-timer equipped with an electronic brain by its creator Mr. Buis.

Jidéhem wanted to introduce a female main character in Spirou/Robbedoes, his first sketches of a sexy 17- to 18-year-old girl were not accepted by publisher Dupuis. Dupuis was convinced that a female protagonist would not appeal to the Spirou/Robbedoes readers. Jidéhem did get permission to draw a little girl to play as a secondary role in his stories. He called the girl Sophie Karapolie (French: Sophie Karamazoet). Her first name he borrowed from the French actress Sophie Desmarets. The original French name Karamazout is referring to The Brothers Karamazov by the Russian author Fyodor Dostoyevsky. Jidéhems own newborn daughter was also named Sophie. Sophie would initially play only in one story, "Het ei van Karapolie" (Original title: "L'Œuf de Karamazout") (1964), but the character became far more popular than Starter.
No 1 "Het ei van Karapolie"

Synopsis "Het ei van Karapolie" ("L'Œuf de Karamazout")
On a quiet day Starter and Pieters (Pipette) are on a trip in Zoef (Zoë), passing at the car junkyard they are almost hit by a red Fiat. At the junk yard they find the beaten owner. After gaining consciousness he tells Starter and Pieters the thugs were looking for a little girl. It turns out that the little girl, called Sophie, was hiding in a closet. The thugs wanted to kidnap Sophie to blackmail her father, Mr. Karapolie, to force him to hand over his latest invention...

Main characters in this story are Sophie, Starter, Pieters (Pipette), Mr. Karapolie (Mr. Karamazout), Zoef (Zoë), Jozef (Joseph) and Zjuul.
Cars:
Synopsis “De Jan-allemachtig” (“La Pelle mécanique”)
Sophie and Bertje (petit Bernard ) are on holiday at the seaside. Sophie proudly displays the latest invention of her father, a mini-excavator that radio can be controlled. Suddenly a number of banknotes arrive, carried by the wind. All the ten dollar bills have the same number...
Main characters in this story are Sophie, Bertje (petit Bernard), Doris and Fred.

No 2 "De bel der stilte"
Synopsis "De bel der stilte" ("La Bulle du silence")
Starter and Pieters (Pipette) visit the Karapolie (Karamazout) family. Sophie is playing with her new toy the "super jokari", and Sophie's father is happy to present his newest invention, a bubble that can silence all sound within a certain radius...

Main characters in this story are Sophie, Starter, Pieters (Pipette), Mr. Karapolie (Mr. Karamazout), Jozef (Joseph), John Minzwijnoff, Bob, the captain of the Giganticus and head of police
Cars:
Synopsis “De toverput” (“Le Puits magique”)
At Christmas time Sophie walks through the snowy streets. She sees happy people but suddenly she hears a cry, its Harrie (Bertje, petit Bernard). She tries to comfort him and asks why he is so sad. He tells her he lost his coin. Sophie gives him one of her own coins... 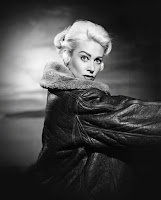 6 February 1967, French actress Martine Carol died of a heart attack in Monte Carlo, she was 46. Carol was found dead in her room at the Hotel de Paris by her husband, British businessman Mike Eland. The actress was invited by producer Gino del Duca to attend the premiere of the film “Arrivederci Baby”, starring Tony Curtis and Zsa Zsa Gabor.

Born on 16 May 1920 as Marie-Louise Jeanne Nicolle Mourer in Saint-Mandé, Val-de-Marne, (France), she followed acting lessons by René Simon. In 1940 she made her stage début in "Phedre" as Maryse Arley and in 1941 she appeared, although uncredited, in her first film: "Le dernier des six". In 1943 she did attract attention in the film “La ferme aux loups” with her acting and photogenic beauty. As one of the most beautiful women in film, she was frequently cast as an elegant blonde seductress. During the late 1940s and early 1950s she was the female top actress of the French cinema. At the time she was considered as the French version of Marilyn Monroe.
In 1947 she had an affair with Georges Marchal, her first great love. However Marchal prefered actress Dany Robin. The love affair ended disastrously as Carol attempted suicide on the 10the of April 1947 by throwing herself into the Seine River at the Alma bridge. She was saved by a taxi driver. In 1951 she married the American actor Stephen Crane, the previously Lana Turner's husband. The same year she scored her first huge success with the film "Caroline chérie", an adaption of the Cécil Saint-Laurent novels.
She continued with an array of costumed dramas such as "Adorables créatures" (1952), "Lucrèce Borgia" (1953), "Madame du Barry" (1954) and "Nana" (1955), all directed by her second husband French filmmaker Christian-Jacque, whom she married in 1954. She divorced him in 1959 due to professional conflicts and long separations.
In 1955 she played the title role in Max Ophüls's "Lola Montès", portraying a circus performer. By the mid 50s, Brigitte Bardot had replaced Martine Carole on the goddess pedestal and her career went into decline. Depressed, Martine turned reclusive while her third marriage to French doctor Andre Rouveix also ended by 1962. She made her last film "Hell Is Empty" in 1963 but it was not released until 1967. Her last marriage to fourth husband Mike Eland, an English businessman, seemed hopeful, but on February 6, 1967, Martine died of cardiac arrest at age 46. Initially she was buried in the Père Lachaise Cemetery, Paris. But after the violation of her grave she was reburied in the Grand Jas Cemetery of Cannes.
Posted by Purrr at 20:35 No comments:

On 28 September 1966 the British television series "The Baron" premieres on ITV. The series, produced by ITC (Incorporated Television Company), was based on the books written by John Creasey under the pseudonym Anthony Morton. "The Baron" was created by Monty Berman and Robert S. Baker with theme music written by Edwin Astley. Most stories were written by Dennis Spooner and Terry Nation, some by The Avengers producer/writer Brian Clemens.

Main stars were Steve Forrest as John Mannering aka The Baron, Sue Lloyd as Cordelia Winfield, Colin Gordon as John Alexander Templeton-Green and Paul Ferris as David Marlowe. The Baron's car was a silver Jensen CV-8 Mk II with the registration BAR 1, Cordelia drove a DAF Daffodil.
From 28 September 1966 to 19 April 1967 a total of 30 episodes were broadcast.
Synopsis
American John Mannering (Steve Forrest), an antiques dealer and sometimes a undercover agent is working in an informal capacity for the head of the British Diplomatic Intelligence, Templeton-Green (Colin Gordon). He is assisted by Cordelia Winfield (Sue Lloyd) and David Marlowe (Paul Ferris)...