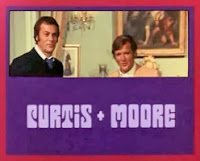 On 17 September 1971 “Ouverture” premieres on ITV. It is the first episode of the new British ITC adventure series 'The Persuaders!' At the time it was the most ambitious and most expensive of Sir Lew Grade's international action adventure series. The series was filmed in France, Italy and England between May 1970 and June 1971. The series titles theme was composed by John Barry.

Despite its focus on the British and American markets, the series never gained popularity in the US. It was however immensely popular in the UK and Continental Europe, the series was broadcast in Argentina, Belgium, Denmark, Estonia, Finland, France, Germany, Greece, Hungary, Iran, Italy, Japan, Latvia, Lithuania, Mexico, The Netherlands, Norway, Pakistan, Poland, Romania, Russia, Slovenia, Spain, Sweden, Turkey, Venezuela and Yugoslavia.
Main stars are Tony Curtis as Danny Wilde, and Roger Moore as Brett Sinclair. Sinclair is an English aristocrat who attended Harrow and Oxford before serving as an officer in a Guards regiment and then becoming a Grand Prix driver and race horse owner. Wilde is an American who grew up in poverty in the Bronx before serving as an ordinary seaman in the U.S. Navy and then making several fortunes on Wall Street.

The protagonists cars are as famous as the stars. Danny Wilde drives a red Ferrari Dino 246 GT and Brett Sinclair a yellow Aston Martin DBS. As with Simon Templar (Roger Moore's character from 'The Saint'), Brett's car has personalised number plates of his initials; Templar’s were 'ST 1', Sinclair’s are 'BS 1'.
Main Cast
Awards

In 1970 British car manufacturer Vauxhall (GM) introduced the new Viva. It was mechanically the same as the Viva HB (1966-1970) but with modern styling and more interior space. It was available as 2- and 4-door saloons and a fastback estate. The initial power-plant was the 1159 cc engine that powered the HB, but in late 1971 it was up-rated to 1256 cc due to the weight of the new car. Other available engines were the 1599 cc (replaced in 1972 by 1759 cc) and the 2279 cc . A coupe version, the Firenza, was introduced in 1971.
In September 1973, the Viva range was divided, the entry 1256 cc models staying as Vivas, the 1.8 and 2.3 models were rebadged as the Magnum. The most exciting variant of the HC Viva was the High Performance Firenza produced between 1972 and 1975.
The Vauxall Viva HC was sold in Canada (as Firenza by Pontiac/Buick dealers), New Zealand, and South Africa (as Chevrolet Firenza with the British Vauxhall 1.3 L or the German Opel 1.9 L engine).
Viva production was scaled down after the launch of the Vauxhall Chevette in 1975. The Chevette hatch was also sold as the Opel Kadett City, but the Viva remained on sale until 1979 when it was replaced by the Vauxhall Astra, a variant of the front-wheel-drive Opel Kadett.
Vauxhall Viva HC 1976 advert with James Hunt 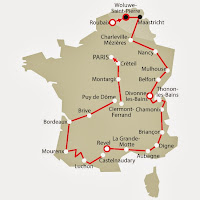