The French-Italian film "Les novices" is released 28 October 1970 in France. The film directed by Guy Casaril and Claude Chabrol was written by Guy Casaril and Paul Gégauff . Main stars are Brigitte Bardot as Agnès and Annie Girardot as Mona Lisa.

Synopsis
Sister Agnès (Brigitte Bardot) escapes from the convent of St. Opportune. When she arrives in Paris she meets Mona Lisa a luxury prostitute who invites her at her home...

Synopsis
Steven Sterk (Benoît Brisefer) spends his summer holidays with his uncle Ponnes (Placide), a member of the Secret Service, responsible for the safety of politicians. Colonel Braller, his superior, disrupts his holiday to escort Mr. Sjnik, Finance Minister of a foreign country, together with important documents for printing banknotes. Ponnes protests, arguing that he is on vacation with his nephew. The Colonel allows him to take Steven with him because it's a safe mission...
Cars

The Ro80 designed by Claus Luthe, was considered very modern at the time. With a large glass area and a very slippery shape, the car looked very futuristic in 1968. The low drag coefficient of 0.355 allowed a top speed of 180 km/h. Not only the shape was ahead of its time, the Ro80 was also technologically advanced, particularly the powertrain, a 84 kW 995 cc twin-rotor Wankel engine driving the front wheels through a semi-automatic transmission. The Wankel rotary engine was for the first time used in the NSU Spider (1964).
In September 1969 the rectangular headlights were replaced with twin halogen units, and air extractor vents appeared on the C-pillar behind the doors. In August 1970 a slightly reshaped plastic grill replaced the original metal grill. In May 1975 the rear lights were enlarged and the bumpers were fitted with rubber inserts.
By 1969 NSU was acquired by Volkswagen, and merged with Auto Union to create the modern day Audi company as it is known today. The last designed NSU, the NSU K70, was sold as the Volkswagen K70 (1970 – 1975).
Production of the Ro80 started in October 1967 and the last examples came off the production line in April 1977. In total 37398 NSU Ro80s were produced. 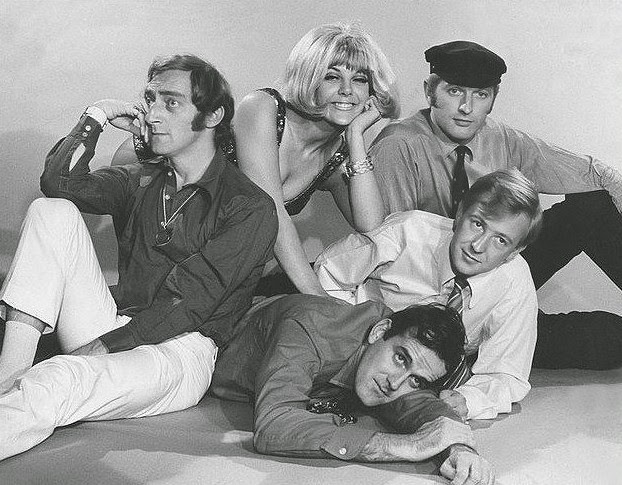 "At Last the 1948 Show" premieres on 15 February 1967 on Britain's ITV network. The satirical TV show was made by David Frost in association with Rediffusion London. The show directed by Ian Fordyce, stars Tim Brooke-Taylor, Graham Chapman, John Cleese, Marty Feldman and Aimi MacDonald. It is generally considered as the forerunner of the iconic "Monty Python's Flying Circus".

Between the sketches unrelated sequences featuring 'the lovely' Aimi Macdonald were used, an idea later recycled in Monty Python's "And now for something completely different" links. Almost half a century after the show had its only run on television, the catchphrase "I'm the lovely Aimi MacDonald" was still used occasionally.
There was no relation with the year 1948, the title referred to television executives tendency to take time over making commissioning decisions. Two series were produced with a total of 13 25-minute episodes.

The French-Italian film "Le Saint prend l'affût" (English: "The Saint Lies in Wait") is released 26 October 1966 in France. The film directed by Christian-Jaque and written by Jean Ferry is based on the character created by Leslie Charteris. Main stars are Jean Marais as Simon Templar alias “Le Saint”, Jess Hahn as Hoppy Uniatz and Danièle Evenou as Sophie Chartier.

Synopsis
Oscar Chartier (Henri Virlojeux) plays a dangerous double game by selling secret plans to the German and American secret services, to ensure a comfortable future for his daughter, Sophie (Danièle Evenou). But the plans are fake and Chartier decides to get help from his good friend Simon Templar (Jean Marais)...
Trivia
Stunt arranger Gil Delamare, doubling for Jean Marais, was killed during a car stunt with a Renault Caravelle 1100 S.

Main cast
Posted by Purrr at 20:37 No comments: 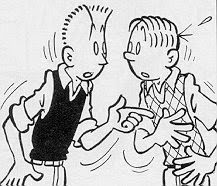 The story was pre-published in the newspaper "Gazet van Antwerpen". The main characters are Piet Pienter, Bert Bibber, Susan, Theo Flitser, Professor Kumulus, Karkstoel and the Mayor of Pulderwezel.

Synopsis
In the observatory at Mount Pamolar (USA), Professor Ambrose Zembla thinks he located he located a new star...
Cars
Posted by Purrr at 21:59 No comments: