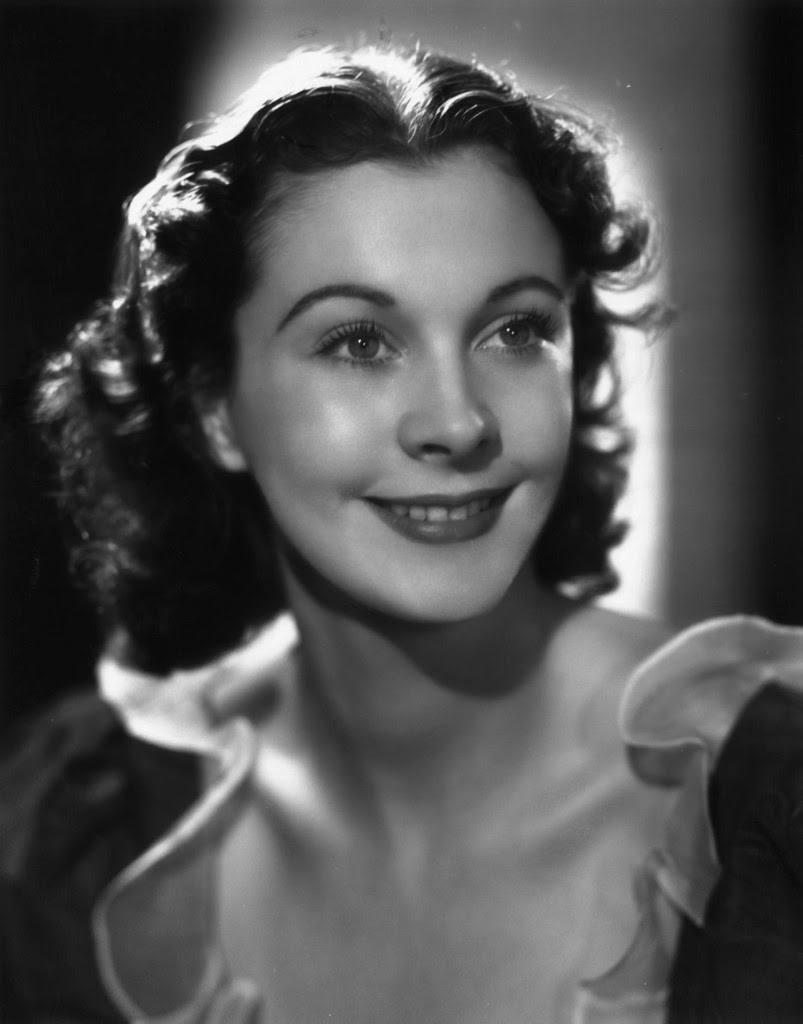 Vivien Leigh, the greatest beauty of her time, died on 8 July 1967 at her home in Eaton Square, Belgravia, London at the age of 53. The actress was under treatment for a recurrence of tuberculosis which she had incurred in 1944.

Vivien Leigh was born Vivian Mary Hartley at Darjeeling in the then Bengal Presidency of British India in 1913. At the age of six she went to the Convent of the Sacred Heart in southwest London. She was removed from the school by her father, who took her travelling through Europe and she was educated in schools in the areas they travelled. In 1931 she returned to Britain and was enrolled at the Royal Academy of Dramatic Art in London. In the same year she meets Herbert Leigh Holman, a barrister 13 years her senior and they wed on 20 December 1932. On 12 October 1933 in London, she gave birth to a daughter, Suzanne.
Her film debut was in "Things are Looking Up" (1935). She took Vivien Leigh (her husbands middle name) as her professional name and made her first West End appearance in Ashley Dukes's "Mask of Virtue" (1935). she was an overnight success and was quickly signed up by Alexander Korda for the film "Fire Over England" in which she played opposite Laurence Olivier. They appeared together again in 1937 in the Old Vic production of "Hamlet" at Elsinore, Denmark.
In 1938 she was introduced to producer David O. Selznick for the role of Scarlett O'Hara in the planned film version of Margaret Mitchell's novel "Gone with the Wind". Other candidates for the role were Paulette Goddard, Jean Arthur and Joan Bennett. The film appeared a year later, in December 1939, and won her an Academy Award. On 31 August 1940, after her divorce with Leigh Holman, she married Laurence Olivier in Santa Barbara, California, in a ceremony attended only by their witnesses, Katharine Hepburn and Garson Kanin.

An international career was open to her, but after a two more Hollywood films with her husband, the Oliviers returned to wartime Britain. During her tour, performing for troops, through North Africa in 1943 she became ill with a persistent cough and fevers. In 1944 she was diagnosed as having tuberculosis in her left lung. While filming "Caesar and Cleopatra" (1945) she discovered she was pregnant, but she suffered a miscarriage. She fell into depression and several breakdowns related to bipolar disorder. Her husband Laurence Olivier came to recognise the symptoms of an impending episode as several days of hyperactivity followed by a period of depression and an explosive breakdown, after which she would have no memory of the event.
In 1948 she joined her husband in the Old Vic Theatre, and they embarked on a six-month tour of Australia and New Zealand. The success of the tour encouraged the Oliviers to make their first West End appearance together. After that Leigh was cast in the role of Blanche DuBois in the West End stage production of Tennessee Williams's "A Streetcar Named Desire". After the stage production she was engaged for the film version with Marlon Brando in 1951 which won her a second Academy Award for Best Actress, a British Academy of Film and Television Arts Award for Best British Actress, and a New York Film Critics Circle Award for Best Actress.

In 1958 Leigh began a relationship with the actor Jack Merivale. Merivale knew Leigh's medical condition and assured Olivier he would care for her. In 1960 Vivien Leigh and Laurence Olivier divorced. Since then, most of her appearances had been abroad. Her last film was "Ship of Fools" (1966).
In May 1967 she suffered a recurrence of tuberculosis, following several weeks of rest, she seemed to recover. On the evening of 7 July 1967, Merivale went away to perform in a play when he returned home around midnight he found her asleep. After thirty minutes he returned to the bedroom and discovered her body on the floor. In an attempt to walk to the bathroom her lungs had filled with liquid and she collapsed. Vivien Leigh was cremated at the Golders Green Crematorium and her ashes were scattered on the lake at her home, Tickerage Mill, near Blackboys, East Sussex, England. A memorial service was held at St Martin-in-the-Fields, with a final tribute read by John Gielgud.