Brannigan premièred on March 26, 1975. This British action film set in London, directed by Douglas Hickox, and starring John Wayne and Richard Attenborough, tells the story of a Chicago detective sent to Britain to organise the extradition of an American Mafia boss.

Synopsis
Jim Brannigan (John Wayne) is sent to London to bring back American Mafia boss Ben Larkin (John Vernon) who is being held for extradition but when he arrives he has been kidnapped. Brannigan in his American Irish way brings American law to the people of Scotland Yard in order to recapture the gangster... 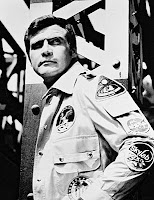 The Six Million Dollar Man, an American television series about former astronaut Steve Austin with bionic implants, premièred on ABC network on 18 January 1974. The title role of Steve Austin was played by Lee Majors. Austin worked for the OSI (which was variously referred to as the Office of Scientific Intelligence, the Office of Scientific Investigation or the Office of Strategic Intelligence). The television show is based on the novel Cyborg by Martin Caidin. A spin-off of the show was produced, The Bionic Woman, as well as several television films featuring both characters. A total of 99 episodes and 6 TV films were produced from 1974 to 1978.

Synopsis
The series tells the story of astronaut Steve Austin. Austin is severely injured in a crash and is “rebuilt” with bionics' (cybernetics) in a title-giving operation that costs at least six million dollars.

On 14 May 1973 Skylab, the first U.S. space station, was launched unmanned in orbit around Earth. During the launch Skylab was a solar panel was completely damaged, and another sat down and seriously damaged a heat shield. Three manned missions followed between 1973 and 1974. During these subsequent missions Skylab was used to investigate whether people could live for a long time in space. The last mission departed on 16 November 1973 and came back on 8 February 1974. After several years circling unmanned Skylab re-entered Earth's atmosphere and disintegrated in 1979, with debris striking portions of Western Australia. 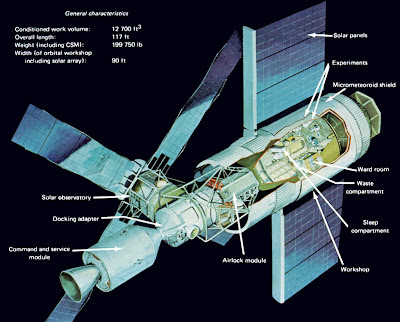 Skylab 2 SL-2 (SLM-1) (25/05/1973 – 22/06/1973): Pete Conrad, Paul Weitz & Joseph Kerwin, the first Skylab crew's most urgent job was to repair the space station. Skylab's meteorite-and-sun shield and one of its solar arrays had torn loose during launch, and the remaining primary solar array was jammed. Without its shield, Skylab baked in the sunshine. The crew had to work fast, because high temperatures inside the workshop would release toxic materials and ruin on-board film and food.

Skylab 3 SL-3 (SLM-2) (28/07/1973 – 25/09/1973): Alan Bean, Jack Lousma & Owen Garriott, the second manned mission conducted many scientific experiments. A second solar panel was mounted. Besides the human crew on this flight there were also two spiders, Arabella and Anita. These two "astronauts" proved that they were able to spin a web at a complete lack of gravity. Furthermore, six mice, 720 fruit flies and two fish were part of the crew.

Email ThisBlogThis!Share to TwitterShare to FacebookShare to Pinterest
Labels: 1973, Science and Technology, Skylab

On 22 January 1972, the United Kingdom, Ireland, Denmark and Norway signed a Treaty of Accession to the ECC in Brussels. It was the first expansion of the European Economic Community since its founding by six members (Belgium, France, Germany, Italy, Luxembourg and the Netherlands) in 1952. Referenda were held in three countries (Ireland: 10 May 1972, Denmark: 2 October 1972 and Norway: 25 September 1972). Norwegian voters did not approve the treaty, but the other three nations joined the "Common Market" on 1 January 1973.

Denmark, Ireland, Norway and the United Kingdom applied to join for the first time on 3 May 1960. However, French President Charles de Gaulle saw British membership as a Trojan horse for US influence and vetoed membership, and the applications of all four countries were suspended. The four countries resubmitted their applications on 11 May 1967 and with Georges Pompidou succeeding Charles de Gaulle as French President in 1969, the veto was lifted. 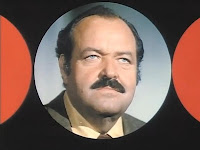 The first episode of 'Cannon' premièred on 14 September 1971. 'Cannon' is an American action series that aired from 1971 to 1976. William Conrad (September 27, 1920 – February 11, 1994) played for 120 episodes, over five seasons, the obese private detective Frank Cannon. William Conrad was nominated for an Emmy Award in both 1973 and 1974 (Best Lead Actor in a Drama Series), but Richard Thomas won for The Waltons and in 1974 Telly Savalas won for Kojak. Conrad starred also in both “Nero Wolfe” (1981) and “Jake and the Fatman” (1987–1992), with Joe Penny.
Frank Cannon was a detective with the Los Angeles police department. However, he resigned after the deaths of his wife and son in a car accident and later became a private detective. The series begins at the point where Cannon is just beginning his new career.

The Opel Manta A was released in September 1970, two months ahead of the then new Opel Ascona on which it was based. It was GM's answer to the popular Ford Capri. It was a two-door coupé with distinctive round tail lights similar to those on the Opel GT.

The Manta A was replaced by the Manta B in August 1975. 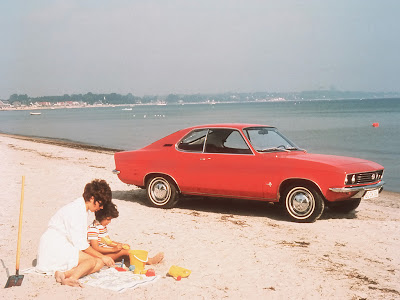 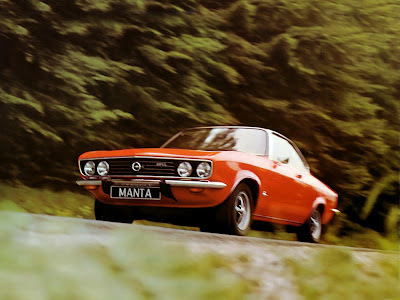 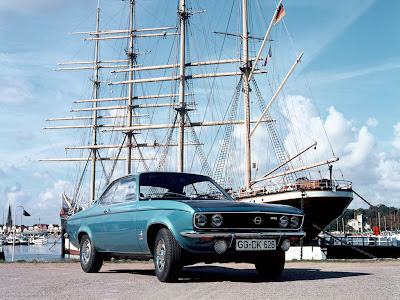 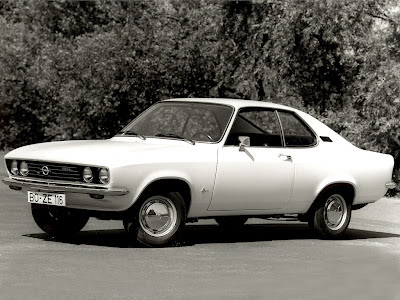 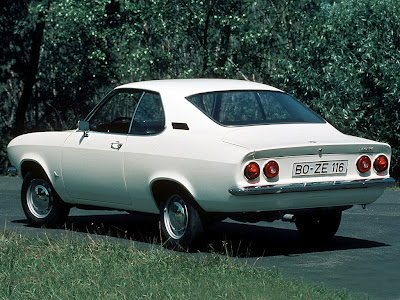 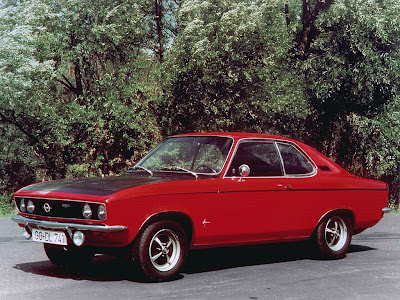 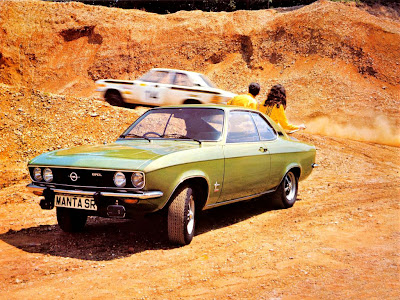 The Italian Job is a British comedy action film directed by Peter Collinson. The story was written by Troy Kennedy Martin. Its soundtrack was composed by Quincy Jones, and includes "On Days Like These" sung by Matt Monro over the opening credits, and "Getta Bloomin' Move On" ("The Self Preservation Society") during the car chase with the Mini Coopers. The Main stars were Michael Caine, Noël Coward, Benny Hill, Raf Vallone, Tony Beckley, Maggie Blye and Rossano Brazzi.

Despite the publicity the film would give to the Mini, British Leyland Motor Corporation (BLMC), only provided a token fleet of Minis and the production company had to buy the rest at trade price. Fiat offered the production as many super-charged Fiat cars as they needed, several sports cars for the Mafia confrontation scene, plus $50,000, but the producers turned down the offer because it would have meant replacing the Minis with Fiats.

There have been two remakes of the film. The first, released in 2003, had the same title and was set in Los Angeles with Mark Wahlberg as Charlie Croker. It used the BMW Mini for a chase towards the end. The second was a Bollywood remake called Players, it was released in 2012.

Synopsis
Charlie Croker (Michael Caine) has just left prison, and now wants to do a 'big job'. The job is to steal $4m of gold arriving in Italy from China. Charlie's job needs financing, so he goes to Mr. Bridger (Noël Coward) who is in prison. In Italy, a clever plan is used to distract the authorities, while the raiders make their get-away in three Minis..