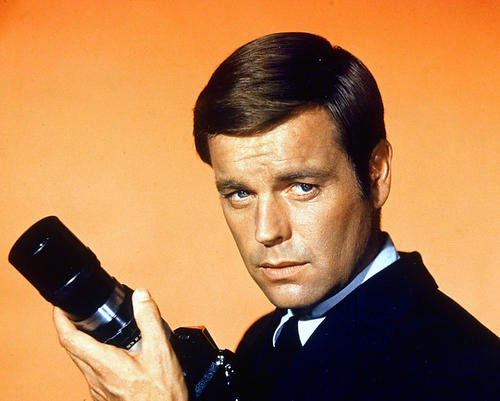 On Tuesday January 9, 1968, the American action-adventure series “It Takes a Thief” premieres on ABC. It stars Robert Wagner in his television debut as the sophisticated thief Alexander Mundy. The series was inspired by, although not based upon, the Hitchcock film “To Catch a Thief” from 1955 with Cary Grant and Grace Kelly.

The series, created by Roland Kibbee, features the adventures of burglar, pickpocket, and thief Alexander Mundy. While in prison the U.S. government's SIA (secret intelligence agency) proposes him a deal: steal for the government in exchange for his freedom.

Email ThisBlogThis!Share to TwitterShare to FacebookShare to Pinterest
Labels: 1968, It Takes a Thief, Robert Wagner, Television

In 1967 Japanese car manufacturer Toyota launches the third generation of the Crown series. Mechanically the car is much the same as the previous generation, S40. The better equiped models are fitted with the L6 engine with 1988 cc  or 2253 cc.  Lower specified models are equipped with the L4 engine with 1994 cc. The range includes a 4-door sedan, a 4-door station wagon, a 2-door coupé and a single/double cab pickup.

In 1969 the Crown receives a new front and trim arrangement. Production of the Crown S50 ends in 1971 when it is succeeded by the Toyota Crown S60/70.